Watch out for your toes, its the Steele Concept by Transformer Tubes Review! 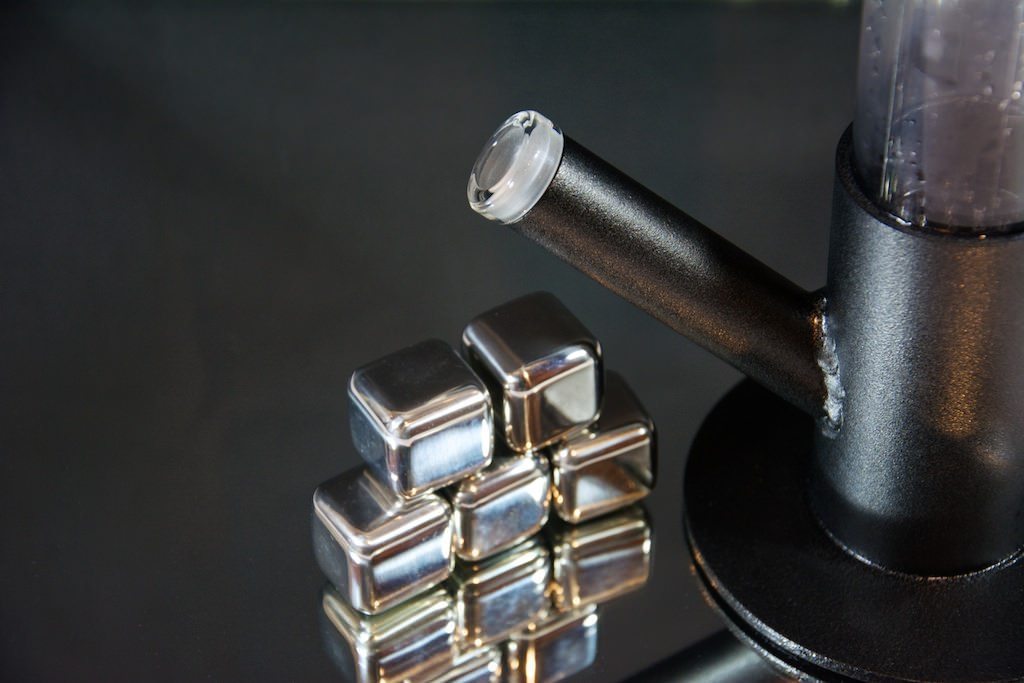 I first saw the Steele Concept at a local shop. The shop clerk recommended it to me because I was looking for something that would survive the curious mischief of pets.

As someone who exclusively vaporizes, the features I look for in a water pipe are slightly different than those who prefer to smoke. Not all water pipes can play to each individual’s preferences, and the Steele Concept is no exception. It is important to note that for the most part, the complaints that I have about the Steele Concept are my personal opinions and therefore based on it as a vaporizer accessory.

The Steele Concept is an extremely durable water pipe (I won’t say unbreakable, but I can’t imagine it being broken by accident) that brings a touch of industrial design aesthetic to a predominantly glass industry. The unit not including the cubes weights in just shy of two pounds and is comprised of a steel base and downstem opening (the downstem itself is removable and glass), and a polycarbonate tube and water diffusion plate. Because of the use of steel in the base the Steele Concept is remarkably well balanced, couple that with the durability of steel and you have a solid foundation (pun intended) for a water pipe.

The polycarbonate that makes up the tube is an extremely durable material that is often used as a glass substitute in train windows, airplane windows, jet plane cockpits, and thousands of other applications. I wouldn’t expect the polycarbonate tube to break or crack under any normal conditions, this includes dropping your Steele Concept out of a second story window. The downside of polycarbonate is that it is prone to scratching and scuffing. With time you can expect the tube to collect some scars if it is mishandled. The Steele Concept also comes with five steel cubes which are filled with glycerin. These are meant to cool the vapor as it passes over them, and the glycerin holds onto the cold better than ice.

Note: The Perc Plate photo may look like there are fractures between some of the holes, I was worried that these cracks were caused by my dropping the glycerin cubes into the tube from the top rather than sliding them in. I reached out to Evan at Transformer Tubes to voice my concerns. He responded to my concern by testing the force necessary to recreate such fractures. His testing revealed that the glycerin cubes couldn’t possibly damage the polycarbonate by being dropped in from any height, he suggested that I may be seeing scratches and not cracks (as I pointed out above, polycarbonate is prone to scratching). The Steele Concept really is the heavy duty piece of equipment they claim it is, and most of all, its backed by a team that believes in their products!

The only piece of the Steele Concept that is still made from glass (and therefore still fragile) is the downstem. If you happen to break your downstem you can replace it with any other 4.5″ 18mm downstem.

My first experience using the Steele Concept was different from what I had come to expect using my Sheldon Black bubbler. Due to the amount of room in the tube for air, the first draw filled the tube with vapor but left me with a lung-full of air but little vapor (without removing the heat source to clear the tube, you could say that the first draw primes the water pipe) . Subsequent draws did not have that issue.

Functionally the Steele Concept does its job, I prefer the sipping sensation of drawing on a mouthpiece (such as on a bubbler) rather than against the rim at the top of the Steele Concept, but there are merits to both methods. When you’re drawing in through the rim, it forces you to keep your mouth open which enables you to draw more air in a shorter period of time. The vapor coming out of the Steele Concept is cooler and has the edge taken off of it for sure, if you choose to add in the glycerin cubes that come with the unit (and you should) you’ll find that the vapor is much cooler and smoother.

The glycerin cubes are by far my favorite feature. Here is a list of all the reasons I love the cubes:

The glycerin cubes weight about one ounce each and I would recommend against using them in any glass water pipes because they can easily damage or crack the glass if shaken or dropped in.

I like the Steele Concept but it hasn’t replaced my other water pipes. It has become my go-to travel unit, and it has even made its way to a picnic with me where everybody was surprised to see how well it held up to being constantly knocked over. I’m not a fan of the chugging sensation when drawing, but it gets the job done. Be very careful not to overfill it because the water will find its way out through the downstem which can lead to some unfortunate consequences. 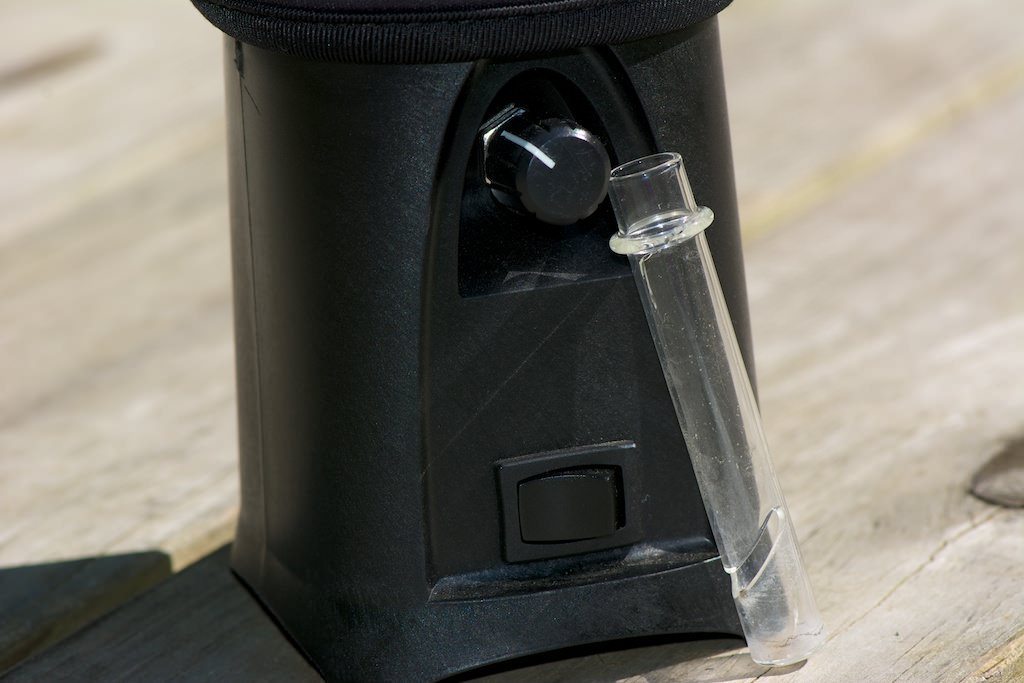 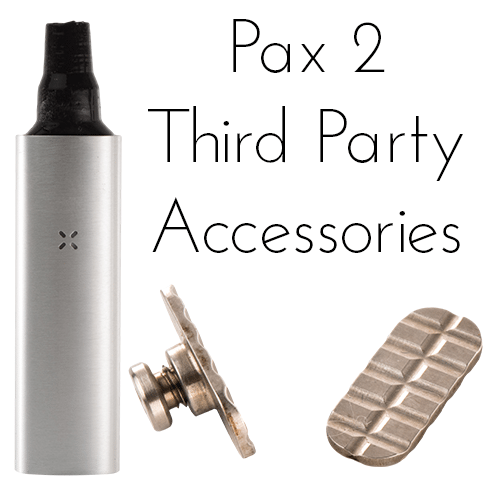 Great review, I feel that the product needs more exposure. Can anyone tell me how I can purchase this product, and have it shipped to my country New Zealand discreetly?

What would citric acid do to the base and tube?

I’m not 100% sure what the citric acid would do to the base, if I had to guess, I’d say it would wear away the finish.

I wouldn’t use citric acid on the polycarbonate tube, it will make it brittle and much more likely to crack.